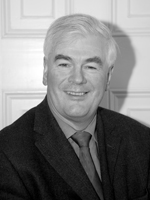 Brian  has been a mediator since 2005.  The main body of his work has been divided between assisting the parties to commercial and financial disputes to find ways of settling the issues that divide them and helping resolve conflict between sporting bodies and their members. Where appropriate, Brian likes to work with another mediator or expert, who can enhance the mediation by adding his or her specialist knowledge and expertise.

Examples of his work in the field of business and finance include cases involving distribution agreements, disagreements between shareholders in a company, problems between participants in family businesses, including disputes between the family members, who had provided funding, and the family member who was running the business. He also has assisted borrowers and lenders to find solutions to distressed loan situations.

Cases from the world of sport have often been as a result of referrals from Sport Dispute Solutions Ireland (formerly Just Sport Ireland). Brian is a long serving member of its mediation panel. His interest in sport, including an investment in a start up golf club, has given him a degree of insight into the intricacies of disputes involving diverse matters such as golf handicaps and property transactions involving membership of a golf club.

Brian’s previous work experience was as an official of the EU Commission and lawyer (initially as a barrister and subsequently as a solicitor). He spent much of his career working in house in Aer Lingus and GPA Group where he served as Group Secretary and Chief Legal Officer. He also was a consultant with McCann FitzGerald.

Brian has lived and worked abroad in both Belgium and the United States and is comfortable with international or cross border mediations.

He is also a company director and has served as Chairperson of various companies both commercial and in the not-for-profit sector. He has taken on directorships and company secretary positions in situations involving inter shareholder disagreements. He was at one time an alternate director of Digicel (a Bermudian company). He is the current Chairperson of Special Olympics Europe Eurasia Foundation and serves on the board of Limerick Civic Trust.

Brian is a CEDR accredited mediator and a founder member of One Resolve. He is a graduate of UCD, where he obtained an MA degree in Economics and a Diploma in Corporate Governance, and of the King’s Inns, where he obtained the degree of Barrister-at-Law.

One Resolve is a panel of experienced practitioners who provide Mediation as a service for dispute resolution.

The panel members come from diverse backgrounds: the variety of their skills means that we offer mediation for a wide variety of business and organisational disputes as well as sensitive cases where the emotional content is high, such as family, workplace and healthcare mediations.

For a confidential conversation, please get touch now: 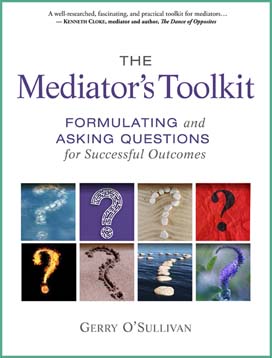